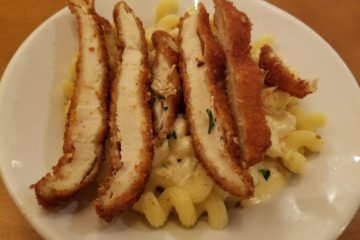 My Rating:Tonight I had a refill potion of Cavatappi, Alfredo & Crispy Chicken Fritta, which was modified from Day 7, Meal 13 which had Asiago Garlic Alfredo instead: They definitely gave a good portion of chicken (probably a tad more than I needed!) but the downside was I felt like I needed a little more sauce and was on the verge of rating this a 7/10. Inside I was trying to tell myself that they didn’t give me enough sauce so I could justify getting some more, but I asked for more anyways, despite another 330 calories being tacked on! […]